Last winter Rok and I spent 2 months kayaking around Chile. We paddled 21 different rivers and each one was something special. But there was one which I remember the most. It's a tributary to Futaleufu and people call it  Enrredadera. This was the first river on our trip that we reached without car access. The river starts high in the mountains, has a deep canyon and a high gradient. 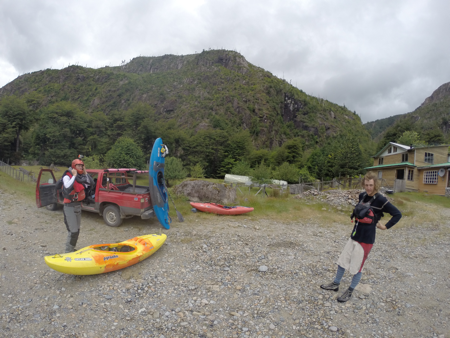 Our starting point, at the end also take out, was just 50m further from the bridge over Enrredadera. There is a small farm that also has a restaurant. After we got permission from the owner to pass his land, we packed all of our stuff in kayaks and hit the trail which should have led all the way on the top of canyon to our put in. 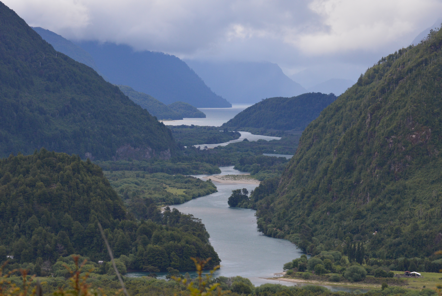 The first part was really steep and exhausting, but luckily after an hour of walking, a nice view of the Futaleufu valley appeared and gave us more energy to continue our journey. 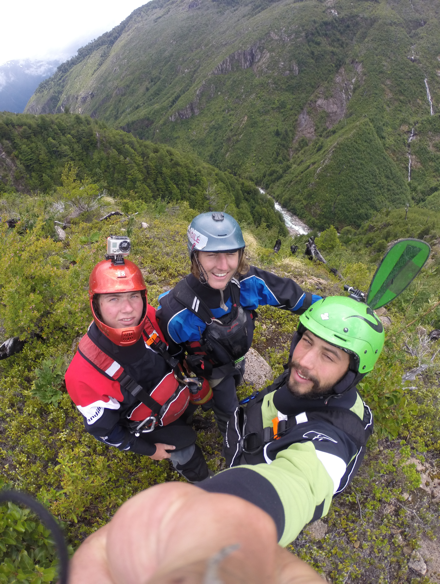 We walked for the next 3-4 hours and there was no potential put in on the horizon. The walls of the canyon were just too steep to  be able to descent to the river. As if this wasn't enough, heavy rain started soon. Water in the canyon started to rise very fast, so even if we could have found the put in we wouldn't have  been able to paddle down. As we were not well prepared for camping in the mountains, we were forced to leave everything there and run back to our quincho for the night. 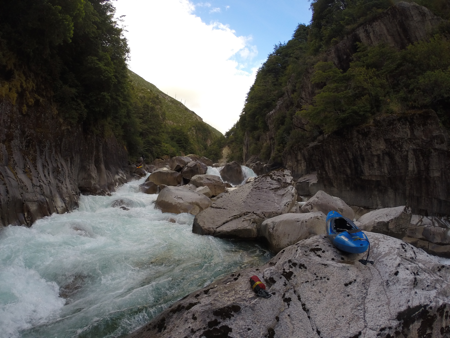 The next day the sun was shining and water level was good. We walked back to reach our boats and then continued the walk. Somehow we lost the trail and our way went further just straight through the bushes. It took us quite some time until we arrived to Enrredadera tributary. Although it looked very steep we hoped that we could reach the river down there. It went well for first 100m until we got to a big waterfall where we almost got stuck in a box canyon. 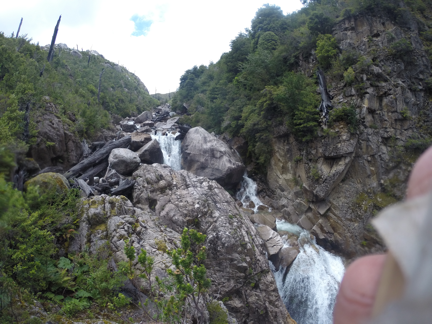 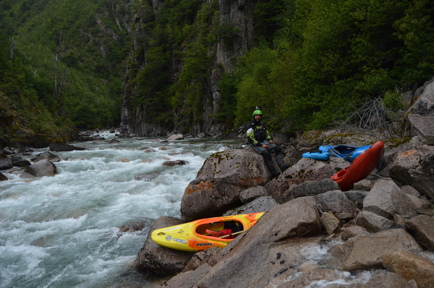 After some more easy climbing and walking through the bushes we finally saw the river for the first time. Knowing that with some rope work we could reach it, we were relieved and ready to get on the river. It was not as easy as we thought, but after another 2 hours of repelling through the jungle we were finally at the put in. The time was around 5pm so we had to hurry up.

The first part of the river was easy class 3 and we already thought that all the best rapids are in the upper part, which we missed due to our emergency put in. Just behind the corner there should have been the take out so we tried to enjoy at least the last part as much as possible. 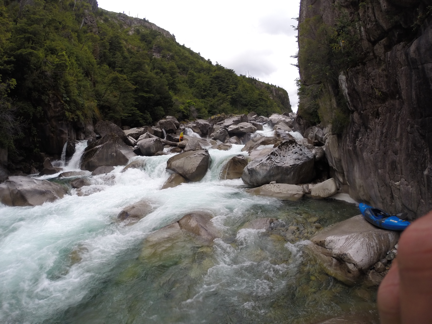 But we were wrong. When we came over the corner we were shocked. All the way we saw there were just big bolders and pretty quickly we all knew that this is going to be tough. Almost everything was class 5, necessary to scout and between that there was also a lot of rapids which were unrunnable for us. You can imagine that we were moving very slowly and portaging over big bolders was really not what we wanted.

Time was running fast and Enrredadera was still surprising us. We came to a scary must run which was impossible to scout. Actually we could see the first part until small eddie from where the second part could be seen. We were locked in the box canyon so hiking out was not an option. We were forced to run the rapid, luckily the second part was also runable and everybody did it well. We were back in the race with time.

The last part of the canyon was a little bit easier, we were scouting less and less and portaging was over. Soon we saw the end of the canyon and the last rapids, knowing that we did it was pure fun and a feeling that you don't forget. We were out of the water just before the dark at 22pm and for a cherry on top an older local lady fried some eggs for us.