My Year in a Nutshell 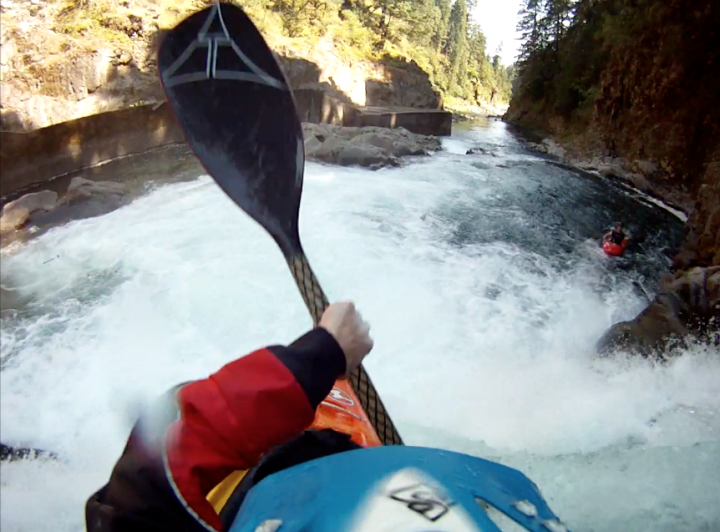 Desperate times call for desperate measures. Sometimes shoulder rehabilitation goes well, while other times it's completely and utterly depressing, and feels like you've fallen off the face of the Earth. Maybe not completely, but mostly…

Fast forward six months from shoulder surgery, and I had the range of motion I should have had at two months. I couldn't kayak, I couldn't lift weights… I couldn't do a whole lot but crochet, ski and bike. In the attempt to keep a level head, I shook off my chicken wing status and made some adventure-epics happen.

Despite a late start to the season, I bagged Mt. St. Helens, gorilla-style (pole-less), and later in the spring Mt. Washington and Broken Top.

When spring arrived and I couldn't race kayaks, I decided to race pedal bikes- go figure (Only of course once an elbow pad would stay up on my right arm)! Turns out it's super fun and the shred lingo is very interchangeable…

Amidst the chaos, I decided to switch surgeons. I was immediately given the "big guns": two doses of Prednisone and three cortisone shots over a period of four weeks, with the goal of loosening up the joint capsule, and regaining range of motion. If I was ever to regain my motion without a second surgery, it was now. Fingers Crossed!

Turns out the drugs worked, and I gained enough motion to comfortably paddle. What's more… with luck on my side, I hit my first combat roll in June, and shook some scar tissue loose. Enough to regain most of my range of motion, and push forward in my rehab.

Being stubborn is sometimes a good thing, as I rallied the Wind later that week, and the Truss the following. Turns out I can still boof-stomp...paddling is just like riding a bike, I guess.

After a rough recovery, it's official: I'm back!

I'm thankful for all the support of friends and family during a physically and emotionally ridiculously hard time, as well as the support of my sponsors for understanding that shit happens, and bodies heal. I'm stoked as ever to get back on the water regularly, and rally with the family.

See you on the river,