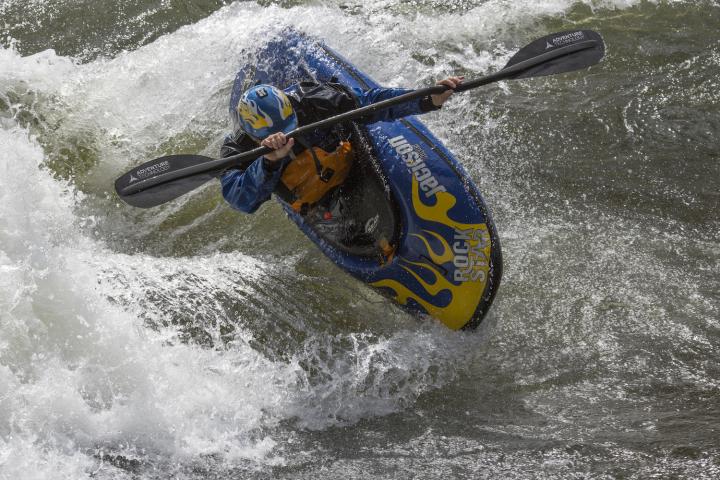 See what AT Team members, Stephen Wright and Clay Wright, have to say about the new AT Duraweave paddles.

"I've used foam core paddles for more than 13 years, of several different brands.  The Duraweave AT paddles are the first to make me want to give up my AT2 Superlight.  My Samurai is just SO MUCH LIGHTER that it takes less energy to make every stroke happen.  Combine that with Innegra and the other fibers that go into AT's Duraweave, and I feel confident abusing my paddle day in and day out.  I've had mine in Uganda, California, West Virginia, Colorado, the Ottawa, and many other rivers and it's still just as strong as ever." - Stephen Wright

‘’I’ve been an avid AT-2 loyalist since it came out and while I’ve tried just about everything else I keep coming back to that classic shape.  With the SL version being so light I was starting to think it would be the only design I would ever need.   When they asked me to try this new Duraweave ‘performance paddle’ I was happy to help - as love testing and giving feedback - but I didn’t expect to like it.  But I did.   A lot.  So I ordered up a 199 Samurai for creeking and racing - where the light weight durability would really shine.   But as soon as I took it play boating, I realized how nice the blades were and how much better a light weight stick feels.  I’ve been using it for everything:  small holes, big waves, long boat to squirt boat for the last 3 months and couldn’t be happier.

I’ve was really protective of my Samurai at first because I’ve broken a lot of light paddles before and really didn’t want to break this as I like it so much.  Now 3-months later I’m pushing off rocks, dragging it down slides and throwing it in the back of the truck like normal.  It’s barely wearing down at the tips and haven’t heard a creak, groan or pop out of it.   If this keeps wearing slow and taking hits I can’t imagine ever using anything else.

This stick is so light you can order a longer shaft than usual and still swing it around easier than your old one - whatever it may be.  It’s a real treat to have this much power from such easy to handle blades in a super-light package." - Clay Wright