GREENVILLE, S.C. (April 19, 2016) – Adventure Technology is proud to announce its 2016 roster of new and veteran whitewater, touring and fishing paddlers.

“Adventure Technology’s 2016 teams encompass a balance of established and promising paddlers in all kayaking disciplines. Our athlete teams share AT’s passion for paddling and the pursuit of adventure,” said Evan Lyendecker, director of marketing for Adventure Technology. “All disciplines demand performance-driven paddles. Our athletes put AT’s paddles to the test in every environment.”

The Adventure Technology whitewater team will continue to push the boundaries of whitewater exploration and compete in elite events such as Gauley Fest and GoPro Mountain Games in 2016.

The Adventure Technology fishing team will continue to accelerate the world of kayak fishing by competing in various top fishing events such as Ride The Bull. They will also support future research, product development and the art of kayak fishing. 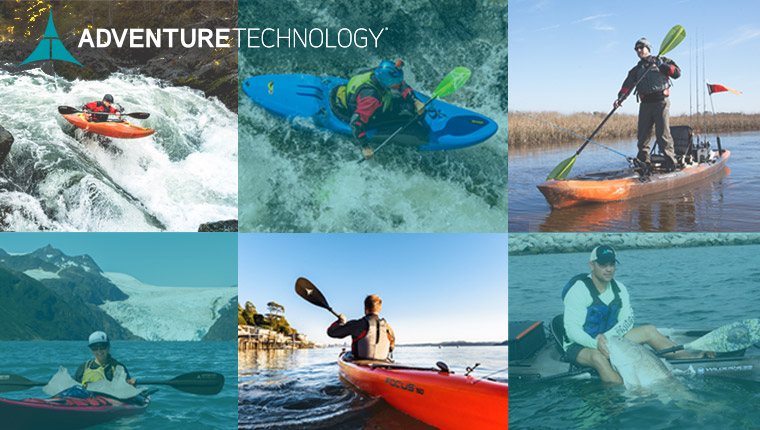 In 1993, an idea for the first, whitewater-specific, ergonomic paddle was born. That idea grew into Adventure Technology (AT), a paddle maker who doesn’t seek to “balance” adventure with technology, but rather seeks to push both concepts to the outer limits. AT now delivers premium whitewater, touring and fishing paddles known for excellence in design, craftsmanship and innovation. In 2009, AT joined the rest of the Confluence Outdoor family to continue its legacy of dedicated research and development, all in the name of a good adventure. www.atpaddle.com